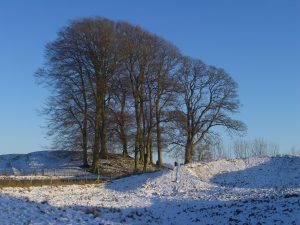 But is it yet too late to BE ?
For me it’s not, I’ll just be ME
An ageing child Prodigy
If Prodigy can ageing be?

That shall be the aim for me.
A person of talent and unusual powers
I’ll hold them wrapt for hours and hours
Yes that’s the thing for me

I have ambitions, wait and see

Nothing to look forward to
Lonely dreary drink filled haze
Cast off heaps in darkened doorways
Eke out endless long, cold days
As wet leaves cling to shoe and path
Wishing for a good hot bath.
‘Any change’ is what they say
But stark, blank faces move,
Embarrassed on their way.

Dear friends, in the aftermath of the wet and dismal weather… spare a thought (and a contribution,) for all the homeless folk who are sleeping on our streets.

Message in a Bottle…

For free advice when it was needed
Especially so when it was heeded
The outings, parties and the lunches
The local gossip and dubious hunches

Why does my wine group always insist –
(Or is there something I have missed,
Despite the literary themes and hooks)
…On spending time to talk about books?

While insects worm in windfalls

But the weather turned, the skies were black
The lightning flared and thunder wracked
And now she’s out there all alone
In the roiling waves and heaving foam

A young woman had knelt to talk to a homeless man outside the Job Centre. She’d bought him a bottle of juice, a sandwich and a ring-pull can of dog food for his ‘best friend’ who lay curled up on a rug next to him. They were discussing the problem of trying to get a job when you have ‘no fixed abode,’ and no internet access, let alone money for bus fares or decent clothes for an interview… should you ever get one.

Suddenly the crowd of passing shoppers scattered as a rogue cyclist mounted the pavement to cut past the heavy traffic. As they leapt to safety, buggies, old ladies and shopping trolleys were swept aside as the Lycra-clad rampager sped towards the little group on the ground. The quick-witted young woman pulled the man away from the speeding machine, but the ageing dog was directly in it’s path and with a pitiful yelp, he collapsed under the front wheel.

A small crowd gathered and the atmosphere was getting heated, with cries of ‘Shame on you,’ and ‘You bastard, look what you’ve done!’ Things were getting tense and the crowd began to look ugly – in England you certainly don’t harm a dog, even if he’s a rough sleeper. Tempers were rising and one man grabbed at the bike and started lambasting the cyclist who, white-faced and ashamed backed against the wall. Trembling and tearful, he knelt down to the recumbent pooch and gently felt for a pulse. Everyone fell silent as a muffled whimper came from the limp form and the old dog raised his grey muzzle and opened his eyes.

“Oh Christ, thank God,” gasped his owner – “He’s all I’ve got.”
“Look, if you’ll let me, I’ll check him over. I’m a vet and I can see what’s needed, won’t cost you a penny. What d’you say?” offered the remorseful cyclist. Murmurs of approval greeted this and the homeless man was glad to accept it. So after carefully checking the dog for injuries the cyclist phoned his practice for an animal ambulance, which soon appeared.  The young woman urged them to take the homeless man to the surgery too so he could be near his dog which would be a comfort to both of them.

“Will you let me know how they are please?” she asked, turning to the cyclist as the crowd cheered the ambulance off. Somewhat recovered himself, he smiled as they exchanged phone numbers and he retrieved his slightly bent bike, “Yes, of course, I think the dog, at least will be OK.”

A day or so later she got a call from him to say the dog had a few small cuts and bruises but no broken bones or internal injuries, and that his owner had turned out to be extremely good with animals. They’d even had him helping out in their kennels where he was also doing very well. Who knows, maybe there’s a proper job there for him …

From Wikipedia, the free encyclopedia

The mass trespass of Kinder Scout, also called the Kinder mass trespass, was an act of wilful trespass by ramblers. It was undertaken at Kinder Scout, in the Peak District of Derbyshire, England, on 24 April 1932, to highlight the fact that walkers in England and Wales were denied access to areas of open country. Political and conservation activist Benny Rothman of the Young Communist League of Manchester was one of the leaders of the mass trespass.

The 1932 trespass was a coordinated protest involving three groups of walkers who approached Kinder Scout from different directions at the same time. The main group estimated at 400 began at Bowden Bridge quarry near Hayfield. It proceeded via William Clough to the plateau of Kinder Scout, where there were violent scuffles with gamekeepers. The ramblers were able to reach their destination and meet with another group at Ashop Head. On the return, five ramblers were arrested, with another detained earlier. Trespass was not a criminal offence in any part of Britain at the time, but some would receive jail sentences of two to six months for offences relating to violence against the keepers. [See note [1]

According to the Hayfield Kinder Trespass Group website, this act of civil disobedience was one of the most successful in British history. It arguably led to the passage of the National Parks legislation in 1949. The Pennine Way and other long-distance footpaths were established. Walkers’ rights to travel through common land and open country were protected by the CROW Act of 2000. Though controversial when it occurred, it has been interpreted as the embodiment of “working class struggle for the right to roam versus the rights of the wealthy to have exclusive use of moorlands for grouseshooting.”

The Kinder Mass Trespass was one of a number of protests at the time seeking greater access to the moorlands of the northern Peak District. What set it apart from the others was it marked a new and more radical approach to the problem which was not universally popular with rambling groups. The harshness of the sentences imposed on the leaders of the protest was headline news in local and national newspapers, resulting in the issue gaining public attention and sympathy. The subsequent access rally staged in Winnats Pass attracted 10,000 people to attend in support of greater access to the adjacent moorland.
An unintended consequence of the mass trespass was greater interest being paid to ramblers’ behaviour and potential ways to regulate it. This resulted in a ‘Code of Courtesy for the Countryside’ being produced, which was a forerunner of the modern Countryside Code.

Each year a combination of wardens and rangers from both The National Trust and the Peak District National Park Authority hold a walking event to mark the anniversary of the trespass.
A commemorative plaque marks the start of the trespass at Bowden Bridge quarry near Hayfield, now a popular area for ramblers. It was unveiled in April 1982 by Benny Rothman (then aged 70) during a rally to mark the 50th anniversary.

Notes
[1] “Also they were never charged with the offence of trespass. The charges of unlawful assembly were changed to the more serious charge of riotous assembly. Mr Justice MacKinnon at Chester Assizes in 1933 stated that the Act of Parliament which made it an offence to trespass after being warned not to do so had been repealed, making ‘trespassers will be prosecuted’ signs unenforceable.”

Kelly’d just finished putting Edna’s shopping away and took her a cup of tea. She’d thought the old lady was asleep by the fire which had burned right down to almost nothing. So she picked up a shovel full of coal from the scuttle and as she tipped it slowly onto the embers Edna woke up, shouting, “Mum, mum, the coal man’s here, the coal man’s here!”
Surprised, Kelly turned to see her old eyes shining and a broad smile on her pale crumpled face.
“Edna, it’s only me, the Carer.”
“No, no. It’s the coal man, and the horse will want his carrot. I must run out and give him his carrot”
Kelly sat down and gently took Edna’s hand and reminded her the coal was delivered on a big lorry from Corrals and they’d already been this autumn.

“Oh I know dear – but I just smelt that coal dust and I went straight back to my childhood. He’d come with his horse and cart and a half cut-open sack over his head and back so he could carry in the heavy bags over his shoulder. Mum would stand watch at the door and count them in. She wasn’t going to let him sell her short, not my mum! Of course I’d be out like a shot to give the horse his carrots while he waited at the kerb. That horse was so big; I must’ve been about four then and he towered above me, but I really loved him, he was so gentle and his big lips were so soft on my hands as I fed him. Oh I really loved that horse… He was glossy red-brown like a conker with a long black mane and tail – and his feet! His feet were huge and covered with long white fluffy hair, like frilly tassels. He was a Shire horse of course you see. Had to be big and strong to pull that heavy cart with all those sacks of coal. Yes, and the lovely warm smell of his glossy coat as I stroked him. I wouldn’t wash my hands afterwards so I could smell him for the rest of the day. That coal dust just reminded me of the coal man’s visit and how I loved that grand old horse to feed and fuss.

Kelly smiled, “You’re right Edna, it’s amazing what memories can be sparked off by a smell.