A Short Trip by the Railway 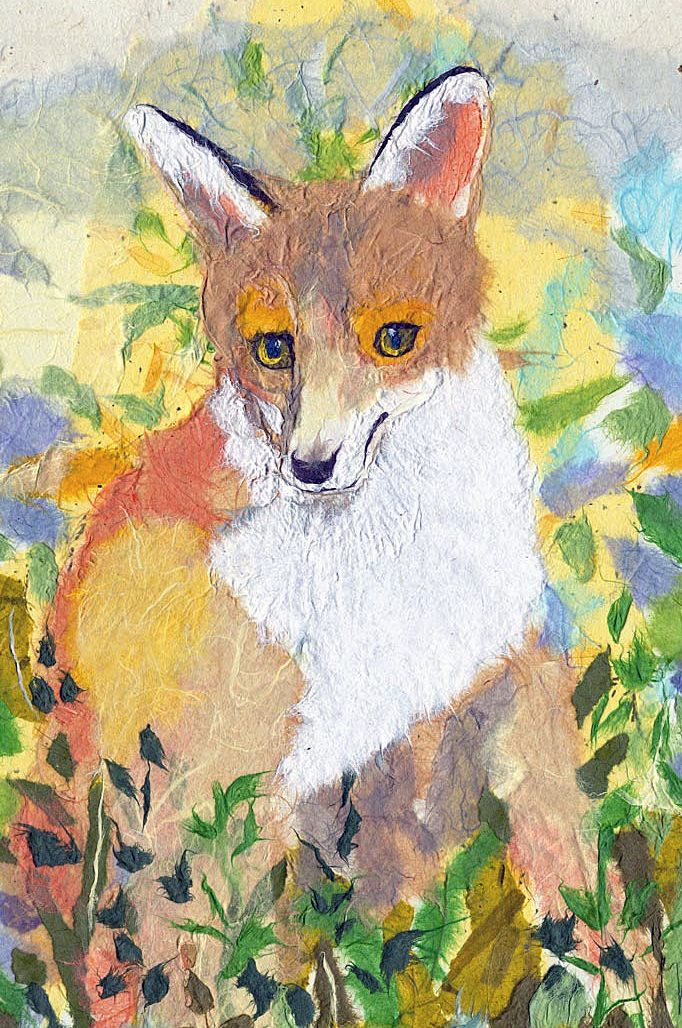 I watched, spellbound, as one bright afternoon there appeared a stranger in my garden.

Fox appears like a cloaked figure from the shrubbery. Two sharp triangles mark his way through the tangled bushes.  Stopping short he lifts his head and stares straight at me.  I can see the light in his golden eyes and the rich texture of his thick, ruby fur and white shirt front.  His legs picked out in long black stockings and gloves.

I’d thought I’d seen a dog at first, so large and well rounded he was, and so confident and bold.  He strolls onto the grass, sniffing the air and eyeing the borders.  Closer still he comes.

Alert he stands proud and solid on the green platform of the lawn.  In command of his domain, though an intruder in mine.  He looks for all the world like a living statue, sunlight glowing off his sturdy flanks and crisp winter shadows falling across the ground at his feet.

Calmly advancing further, he’s now only ten feet from the house – this amazing, fearless adventurer from the land of wild things.  Stopping at the bird table and peering up, he licks his lips and scatters the sparrows with his glance.  He checks the ground and sniffs for food, and finding nothing to his taste from the bird’s leavings he turns smartly away, melting back through the spiky hedge to the railway embankment from whence he’d come.

The unexpected traveller, whose small journey lit my day.

This entry was posted in Flash Writes. Bookmark the permalink.

2 Responses to A Short Trip by the Railway