It was 9.45 and still the minibus hadn’t arrived. Minnie sat anxiously by the front window, her tiny bony hands gripped tight around her well-worn handbag. Her faithful winter coat buttoned over her favourite Crimplene dress. It was Tuesday. Tuesday is her big day out of the week when the driver from the Day Centre calls and collects her – her and six or seven others from their homes and delivers them to the Centre. It’s always a rather slow process she knows. Most of them aren’t very mobile, and dear Kevin (her favourite driver) always takes the utmost care getting his charges comfortably settled in the bus. Today he’s late again and Minnie worries that he’s forgotten her, or the bus has broken down again. She flicks anxiously at the lace curtain and strains to see further down the street. No sign yet, she sighs and rummages in her bag for the 50p piece she was sure she’d set aside for the bus ride. She’s still foraging around in her bag, mumbling to herself when the harsh shriek of the doorbell jolts her to attention. Of course, it’s Kevin at the door, smiling and cheerful as usual.
“Aren’t you ready yet Minnie?” he teases her, “We’re all waiting on you you know.”
“Oh that bell really made me jump, it quite frightened me it’s so loud, and I’d begun to think no one was coming at all…”
“Well no need to worry about me Minnie, but your carriage awaits.” He grins and points to the rather shabby bus. Minnie straightens as best she can and blushes like a schoolgirl as he takes her arm and guides her gently outside.
“Course not,” she smiles, ” You’re lovely, just like my son.”
“Come on Minnie…” calls Doris, as Kevin manoeuvres the tiny little woman into a seat and straps her in. “It’s freezing out here and we’re missing all the fun – ha, ha!”
“Call this fun?” comes a grumble from the back.
“It’s more than you lot deserve…” jokes Kevin smiling his patient smile. “We’re off now anyway.”
The journey to the Centre is uneventful with only the chatter of the passengers exchanging news and gossip and Minnie holding forth about her son and his new job. As they arrive, Angie, the volunteer assistant is waiting to greet them from the bus and helps Minnie off first, watching her determinedly heading for ‘her’ corner of the coffee area to claim her favourite seat by the radiator. The huge hut had been divided into a dining area with tables for six already set up at the far end, and the other part arranged with a couple of sofas, a rather motley selection of mismatched ‘comfy’ chairs and coffee tables and an assortment of book cases. An enormous begonia rex stood defiantly in one corner and somehow thrived, despite being watered by several thoughtful people, several times a week – whenever the Centre was open in fact. It had become a kind of mascot, a tribute to the resilience of some of the more robust senior members.
By the time they were all settled in, Minnie had been joined by most of her familiar companions, coffee and tea was doing the rounds and the conversation had turned to the local gossip.
“Did you hear what happened to Arthur last week?” cackled Doris, hardly able to wait for their attention, which came soon enough from her eager audience. “I heard,” she continued mischievously pausing for effect and looking round to see if he was in earshot,        “He’d been in the Black Horse at lunchtime, having spent half his pension at the Bookies, and then…” here she laughed raucously until she almost coughed herself to a standstill.          “Oh god come on. What happened ?” they grumbled, “What’s so funny?”
Doris finally recovered enough to continue, ” Well, he gets on the bus home and he falls asleep, and instead of getting off at the crossroads, he ends up at the Terminus. Driver had to shake him awake – thought he was dead for a minute too, he was so out of it.” They all laughed, Arthur was often the butt of their jokes and Minnie, although she joined in the laughter, always felt particularly sorry for Arthur. Arthur, who wasn’t too bright and who also lived alone and found life a bit hard.

Soon calls for more tea and biscuits were countered by Angie herding them gently towards the lunch tables where conversation turned back to family news and chat. By now the level of competitiveness had risen a notch or two and the exchanges of stunning family exploits and successes began to reach a peak. Stories of sons, daughters, grandchildren and especially the newest babies were proudly exchanged. Their every exploit, from friends, jobs, schools and successes, to engagements, weddings, house-hunting and christenings elaborately embellished with treasured photos which appeared magically from handbags and wallets to be duly admired by the assembled diners.
Here at least, Minnie was able to join in. She had her pictures and her stories about a tall, handsome son with a lovely, kind wife and two beautiful children, a boy and a girl. Ron and Sheila with their clever kiddies; Peter who’s coming up to his mock exams and pretty little Kara, the artistic one who wants to be a teacher when she grows up.
“Such a shame I can’t see so much of them now, they live in Australia you know – Ron had such a good job offer. He couldn’t refuse it, he was ‘head-hunted’ you know…He really didn’t want to leave me here, but I said, ‘No, I’m much to old to travel there this is the chance of a lifetime for you, you must take it, you must go.’ They had to in the end, but I know they’re always there for me in spirit.” She said smiling at her handful of pictures.
Lunch was followed by the raffle and a talk with a slide-show from a visiting speaker. More tea and biscuits and chatter and before you know it the day’s over and the minibus awaits. It’s been a tiring day but Minnie wouldn’t miss it for the world. Home again she sits for a while, thinking back on the afternoon, remembering how the old eyes had lit up with talk of their families. She suddenly felt the need to get out her box of photos again, ‘Just to remind me’ she told herself as she unwrapped it from the carrier bag. So she sat in the fading afternoon light with a shoe-box of well fingered photos on her lap, going over each in turn until she fell asleep.

A week passed, in the damp, grey uneventful way that a winter has of dragging on sometimes. Tuesday morning duly came around again and so had Kevin and the minibus. As he arrived at the door, he called out to Minnie and knocked on the door instead of using the bell, so’s not to startle her. No reply however, so he eventually decided to chance it after all, but heard only the house echoing to the mechanical racket. Still no response from Minnie even when he stabbed her number into his mobile, only the answerphone responded. Now rather worried, Kevin tried to peer in the window and seeing nothing untoward in the front room, went round the back. With shaded eyes squinting through the French windows, he could just see Minnie lying on the floor with a scattering of papers and photographs all around her.
After the Police and Ambulance men had broken in and taken Minnie away, Kevin stooped to pick up the box of papers. Seeing they were mostly old letters and family photos, he checked some out hoping to find her nearest relatives to contact. Strangely none of the letters were addressed to Minnie, or anyone with her name but to a Mr and Mrs Newton, a surname he’d never heard of. The backs of the photos however, were clearly marked with the names of the family; Ron, Sheila, Peter and Kara, the people she’d so proudly talked about all the time. Somewhat puzzled, Kevin collected one of the letters and a couple of the photographs and took them back to the office at the Day Centre.
“We only have her GP and the Vicar to contact in emergencies,” was the response from the girl in the office. “There’s no ‘next of kin’ listed.”
“No family at all? What about her son and his wife in Australia – shouldn’t they be informed?”
“I’m afraid there was no son and daughter-in-law, or grand children. We did try, but she had no-one. No-one at all.”
Stunned by this and still not quite believing it, Kevin decided to check out a family named Newton who may have lived in the area. A short session on the internet via council records and the Land Registry brought up Ronald and Sheila Newton as having lived at Minnie’s address some 25 years previously. A further more detailed search saw them emigrating to Australia a little later. It looked more than likely the shoe-box full of their lives had gone missing in the move, only to be found and adopted by Minnie. A ready made, instant family, a box of dreams. 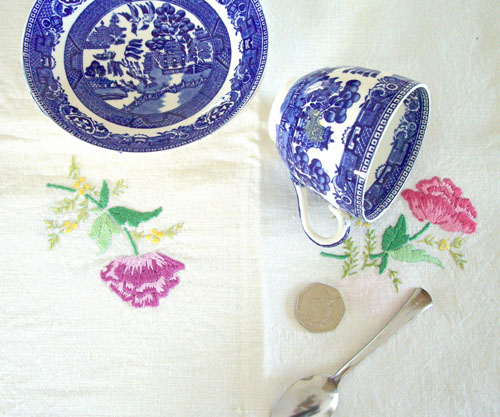 This entry was posted in Flash Writes, Underground. Bookmark the permalink.