From the Glumshire Echo November 2016

“Seagulls were not a police matter,” said Glumshire Constabulary; but Mrs Pippin, an 80 year old pensioner of Hall Close Selsey, who’d been attacked in her own garden, definitely didn’t agree. She told our intrepid reporter about the recent traumatic episode with the gull, which had gashed her leg with it’s beak while she was hanging out her washing. She’d later had to go to A + E for treatment and have a Tetanus injection, but it had left her terrified to leave her house for two days.
Eventually she’d managed to get away from the vicious bird and she called the police and told them she’d been attacked. When they asked who had perpetrated the offence and discovered it was a gull, they refused to respond to her request to remove it. Their only suggestion was that as it was in fact a seagull perhaps the coastguard or Navy would be the appropriate officials to deal with it as the police had no funding for the purpose.

Exasperated by the lack of help or support, Mrs Pippin suggested they use her portion of the council tax to do so, but to no avail. The duty sergeant merely repeated his assertion that, “Seagulls were not a police matter.” 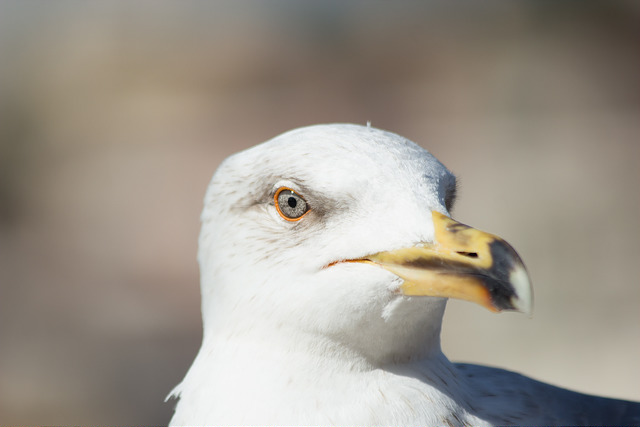 This entry was posted in Cuttings, Flash Writes. Bookmark the permalink.